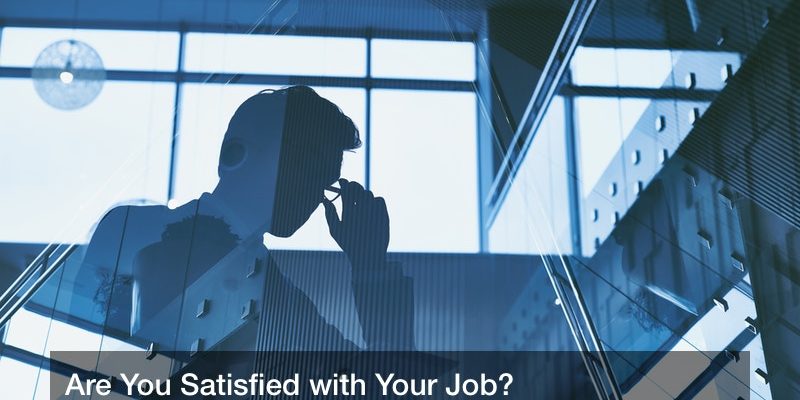 Are You Satisfied with Your Job?

A new college graduate with a marketing and graphic arts degree spent three months trying to find her first job. Fortunately, she still had time before her student loan payments would kick in and the only thing she had to pay was her small monthly car insurance bill. Living back home with her parents after four years of being in the dorm or apartments was pleasant enough, especially as her youngest sibling was a senior in high school and the new college graduate could catch up on some of the fun she had missed while she was away at school. The additional fact that she had some freelance work that was paying pretty well made her situation far from stressful.

When a full time with benefits job opportunity came her way after sending out several resumes and going on three or four interviews she was very excited. The next day she received another job offer. Carefully considering her two options, she talked to her parents as much as the HR consulting personnel for both jobs. She made a decision and was working within 10 days. The job started slowly at first, but she simply thought this would change.

At the end of two months she was bored to the point of being depressed. She liked her two coworkers on the small marketing team, but there simply was not enough to keep her busy. She was assured but the Human Resources representative when they had a one month follow up that things would get better. They did not.

When she received a phone call from one of the companies she had interviewed with at the beginning of her search she was intrigued. Although she had not been selected for the original job she had applied for, they had a new position available. It would basically be helping to brand a new service for a startup position. She decided to entertain the conversation. In the end, even her father who had worked for the same employer for 22 years encouraged her to take the leap with the new job offer. It would provide new challenges, engaging days, and would require a whole host of new skills that would look good on her resume.

At the exit interview with her first employer she was honest. The talent acquisition representative asked if she had any suggestions for their next hire and she did. “Do not replace me.” She went on to explain that there simply was not enough work and that she was completely bored every day at work. She went on to suggest that the team member with the most experiences should be given a better title and the incentive to grow his job.

Job number two starts d just a day after she left her first job and her days have been exciting, challenging, and varied. The switch was perfect.

Keeping the best workers is a challenge. Even with the help of the best executive search consultants there are times when a new hire may not work out. For this reason, a growing number of companies are extending their contracts with executive search consultant firms to also include a wide range of on boarding tasks. From the initial orientation to weekly follow up meetings to make sure that a new employee is integrating into an environment, there are proven ways that a company can increase the chances that a new hire will stay.

And in a time when six in 10 employees indicate that they are open to a new job at any given time, employers have to be very diligent. According to a 2016 Gallup poll, Millennials are the “Job Hopping Generation” and this kind of attitude can be especially problematic when the cost of hiring someone new can represent nearly 50% of the hires salary. Executive search consultants are even more important as they are in charge of hiring the talent who earn the most money in a corporation.

Although politicians like to taut the latest low unemployment numbers, the reality is that these numbers come with their own challenges. For instance, 2.7 million workers voluntarily left jobs at the end of June 2015, a 25% increase from two years earlier.